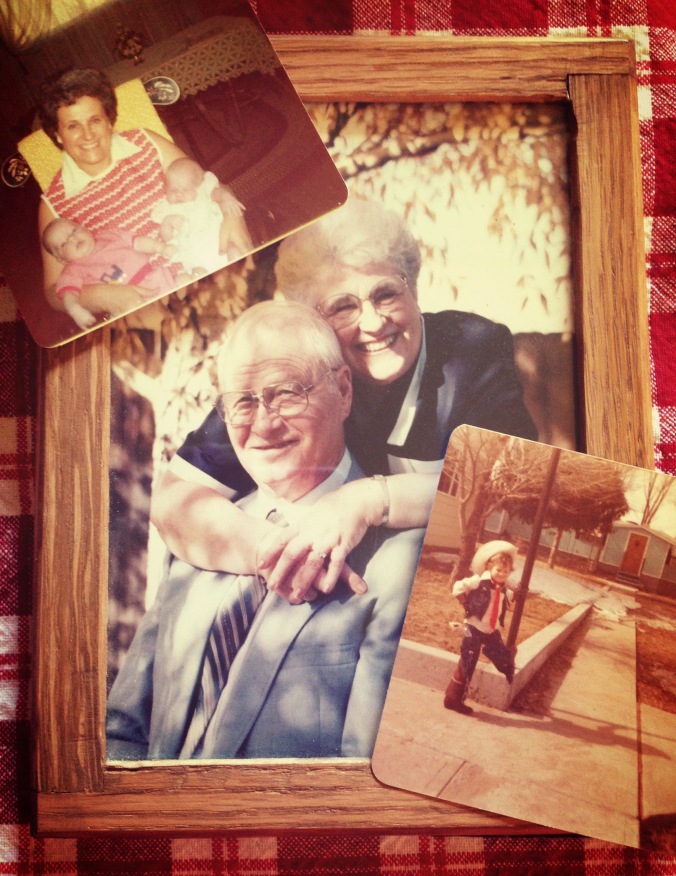 Personally, I enjoyed the time I had with both Jamie and Heidi as their first Sunday School teacher in our little community church in Albin, Wyoming.  I helped them memorize the 23rd Psalm.  What a sweet time to watch our grandchildren, who looked so much like twins, come dressed in their “Sunday Best” and interacting with one another.  Oh, how I treasure those memories!

The springtime before Jamie was to begin kindergarten his parents decided to move so his Dad could take a job about six hours away in central Nebraska.  We did not realize how much we would miss them until our homestead lost the daily hustle of Jamie and Michael (who joined the family just a year earlier).

Sadly, from that time on we did not get to see Jamie’s family as often I would have liked.  With Carlton’s work and the operations of our own farm, we only got to see them three or four times a year.  Oh how those kids grew between visits!  We did keep in contact by following the children’s academic progress closely as well as activities like wrestling or church plays in which they were involved.  We visited them as often as we could.

Our whole family enjoyed following football, especially University of Nebraska and the Dallas Cowboys football teams.  I enjoyed shopping for the boys – often choosing football memorabilia.  Football, our weekend entertainment and a great connector for our family, gathered us all around the television.  Some slipped into naps, but not Jamie.  Jamie loved football, and he really understood the game.  And he was so smart.  His Grandpa (my Ken) always said, “He’s going to be a quarterback!”  Later, when Carlton moved his family to Colorado, Jamie organized football games in the street.

Another fascination for Jamie, living in the big city, was the ability to see the airplanes.  He shared the love for aviation with his Dad.  Carlton loves planes.  Working for an airline, he was able to take his family on many plane trips.  Those boys could tell you so much about all types of planes from military to commercial.  We knew Jamie’s dream to become a fighter pilot.  His Grandpa (my Ken) had served his country during the war as a pilot, so this was something we also anticipated with him.  We remember when he received the news from his doctor that he needed glasses.  Most children would have been excited for the novelty.  Jamie?  Devastated, he knew the military academies see him  unfit for flight school with such a handicap.  That was his freshman year in high school.

“He restoreth my soul: he leadeth me in the paths of righteousness for his name’s sake.

4 Yea, though I walk through the valley of the shadow of death, I will fear no evil: for thou art with me; thy rod and thy staff they comfort me.

5 Thou preparest a table before me in the presence of mine enemies: thou anointest my head with oil; my cup runneth over.”

What a tough year that was for him!  He had been so excited about going to high school to join a real football team.  He bought the uniform, he memorized plays, and he practiced with all his heart.  He did not get to play even a minute of a game the entire season.  This crushed him.

From that time on, Jamie seemed to carry a sadness with him.