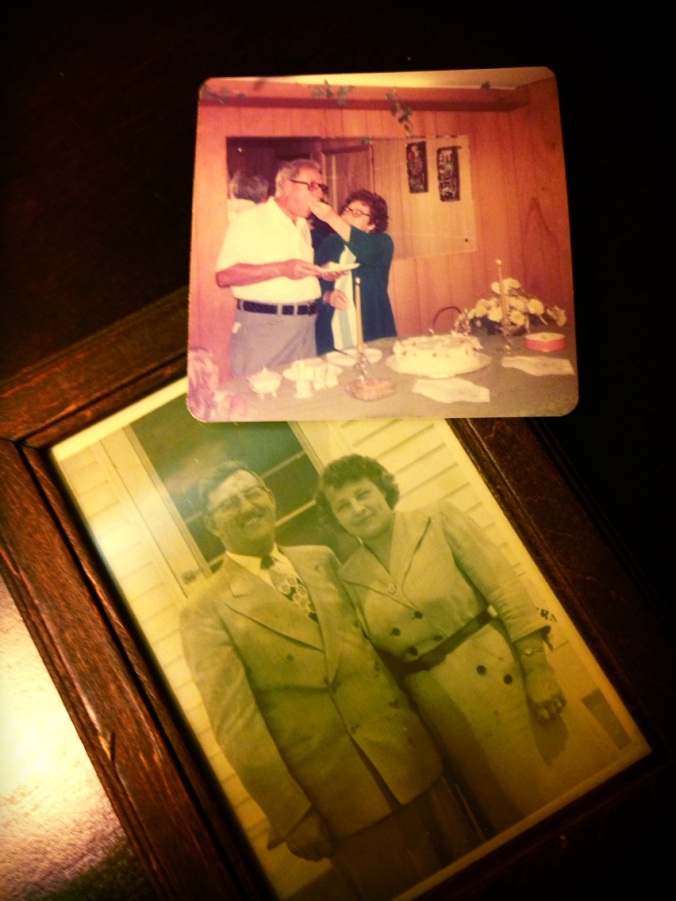 We remember the day Jamie was born.  Instantly, we burst with pride!  Summering in the north, we stayed on the same farm where our daughter and son-in-law (Ken and Phyllis) along with Jamie and his parents lived in three different homes on the homestead property.  Simply, we had experienced nothing like the joys of retirement with strong bodies and minds.  This great-grandson was like no other.  We were blessed with other children before Jamie, but they lived more than a day’s drive away.  We experienced great-grand-parenting differently because he lived close to us.  We really got to enjoy him because we could focus on him.  We did not know the limitless love the Lord would provide us for other great-grandchildren until Heidi came along, and she stole our hearts as well.

Even before the great-grandchildren, oh, how we loved being grandparents!  We took our grandchildren to the lake on weekends to stay in our camper, fish in the lake, and enjoy God’s creation together.  What delight they brought to our lives!  However, we were still in the throes of pasturing churches with all the preparations, energies, tending and time required.  We did not realized exactly how amazing being great-grandparents would be until these two.

From our front porch on the farm, Ken and Phyllis’ home stood large to the right as Kenny had built on several times over the years to accommodate for the growing family, including a 24’x24’ living room. Oh, how we loved gathering there!  While our summer home nestled behind the big house, Carlton and Kathy lived in the smaller house to our left.  The summer of 1974, just before Jamie and Heidi were born, Kenny laid a concrete sidewalk connecting foot traffic of all three homes.

Anytime Jamie’s Mom needed a break, she would send Jamie on his way over to our place.  We had not idea how nice that side walk was going to be for those kids.  And for us, too.  With all that foot traffic, it sure helped keep the floors and entries cleaner.  Oh, how I can still see him, Jamie, toddling along the sidewalk or riding his little four-wheeled elephant.  We loved having those kids come over because they knew how to mind.

Now you must already know, idleness is one of the seven deadly sins, and we did our best to keep our kids busy.  Although we seemed to attract them with our generous supply of ice-cream, rice pudding, and peanut butter by the spoonfuls, we required them to complete jobs before we enjoyed sitting down with them to watch television (which was difficult to see because the reception was very poor on the prairie in those days).  Jamie, and Heidi too if she were over (as she lived on a different homestead), were often required to pick up sticks and took turns sweeping the porch.  They may have only been about three or four years old, but they knew what was required, how to do a good job (no monkey business), and they still loved being with us.  And we loved having them.  They would sit quiet and still for some time  just watching Grandpa’s room making fishing lures.  They would just sit there.  Then, we would often watch Hogan’s Heroes and The Flintstones together quite regularly.

We took our pontoon out on the lake, and those kids loved to go with us.  In fact, Jamie’s first night away from his Mommy and Daddy was with us in our camper at the lake.  Most of our memories from these years enter around Jamie and Heidi.  We use to sing the “Jack and Jill” nursery rhyme using “Jamie and Heidi” instead.  They smiled so big.  And when they looked at each other, oh they were just so cute.

Along with fishing, one of my (Grandpa Philip) hobbies was filming the family.  Oh what fun I had filming the grandchildren!  Moving pictures.  Can you even imagine such a thing?  Well, in your day and age, I suppose you can.  But this technology was new for us and fascinating for me.  So I naturally continued to film the new batch of kids in the family.  We could not get over how cute those two were together.  Jamie, always the smiley and happy one, endured Heidi scooting closer and closer to him trying to invade his space and tell him what to do or not to do.  Those two were twins to us, and other people told us that often as well.

Jamie’s parents remained on the farm for one year after their second born Michael was born (Jamie was about five years old at the time).  And that Michael.  He was something else, too.   Oh, how we loved every moment with those kids!  And nothing was the same after they moved off the farm.  Honestly, we felt sick over it.  With Michael, we hadn’t enough time with him.  And with Jamie, well we felt he was our own.  We mourned the loss as part of us seemed to vanish.  Between us, we just did not feel right about them moving.  We argued back and forth recognizing the right of the parents, but we also agonized over our own emotions and loss because we felt like those kids were ours, too.

We only saw them once a year for short visits after that.  And oh, how they changed from visit-to-visit.  Jamie’s Mom communicated with us as to the kids’ academic achievements, extracurricular activities, and sent photos from time to time.  We knew Jamie,  a very bright boy, worked hard and did very well in school.  As years passed, he seemed to become more shy and less smiley.  He struggled health wise with allergies and with horrible sores in his mouth.  They said the sores were stress related.  Why was a young boy stressed?  We didn’t know.

The last time Jamie was in our home he had traveled with Heidi and her parents to celebrate Thanksgiving at Ken and Phyllis’.  We invited Jamie and Heidi, now teenagers, to stay with us in our apartment at the assisted living facility.  They accepted our invitation.  As always, we were so glad they wanted to stay with us.

Jamie seemed to struggle going to sleep.  He mentioned he was suffering from headaches as well.  Each night they stayed with us, we had to say, “Now, Jamie, you need to put that light out, and get some sleep.”  He did not quarrel; simply and quickly, he obeyed.  He seemed restless much of the visit.  Yet, we also, saw him happy on that visit as well.  I (Grandma Ruth) slipped him $5 to take Heidi to Wendy’s for a light lunch.  He accepted with a familiar smile.  He and Heidi returned acting silly… so nice to see an older version of what we remembered of them… carefree kids… running around the sofa and finishing each other’s sentences.

We would shut the television off and just watch those two toddlers play together.    When they were, oh two or three, they would chase each other like puppies.  One chasing the other around one side of the sofa only to be chased around the other side.  We laughed and laughed.  Those two… they were so cute together. I (Grandma Ruth) remember speaking to him, “Say, Jamie, you are growing into a handsome young man!”  And he replied with a smirk, “I know, Grandma!”

I (Grandpa Philip) remember feeling sorry for him because something seemed to be haunting him, especially one night.  One evening, he was switching the off and on the button on the remote control for the television repetitively.  I rebuked him.  He did not quarrel.   And I still feel bad because I did not take the time to ask him what was bothering him. Instead, I rebuked him like that.  Oh, how I wish I would have taken the time to ask.  I think he would have told me… if only I had asked.

Early in the morning on Sunday, January 19, 1992, our even-tempered son-in-law Kenny (Swedish) came over- which was unusual at that time because we were still driving ourselves to church then.  He came in quieter than he normally did; his jaw clenched tight.  But he spoke sternly and said, “Dad, better sit down.”

Okay, the Italian in me went berserk.  We have no words adequate to articulate how we felt.  He could have put a bullet in MY head.  I (Grandpa Philip) went crazy!  I just kept shouting, “It can’t be!  Jamie committed suicide!  SUICIDE! It can’t be! Not Jamie!  Not our Jamie!  No! NO! No!”  As vivid as those initial moments were, the many days following remain a distinct and literal blur due to the constant flow of tears.  My eyes ached from the tearful drain.

As with the biblical character Job,

“My face is foul with weeping, and

on my eyelids is the shadow of death.”

We knew we could not go to the funeral.  We could not see Jamie lying in that box.  We could not bear to face his parents…not yet.  We just knew seeing their sorrow, combined with our own, would ignite a ghastly scene of uncontrollable emotion.   Such a demonstrative demonstration would have been a disgrace.  My (Grandpa Philip) grief, my remorse, my sorrow are feelings too strong for me.

As a child, I attended many Italian immigrant funerals.  The emotional demonstrations included weeping, sobbing, and yelling.  The rest of Jamie’s family is not as demonstrative as I am, so I just knew I could not disgrace them.  Our grief, the week of the funeral, we bore alone.  That was the way we felt best to honor the family.

During the days following, we kept repeating, “His poor mother!  His poor mother!  Oh, his Dad!  What are they going to do?”  Jamie’s death took part of our life away.  Nothing compares to his loss.

Death is one thing, but suicide… “Oh, Jamie, didn’t you know how much we loved you?”

… to be continued   Great-Grandparents Grieve (part 3)